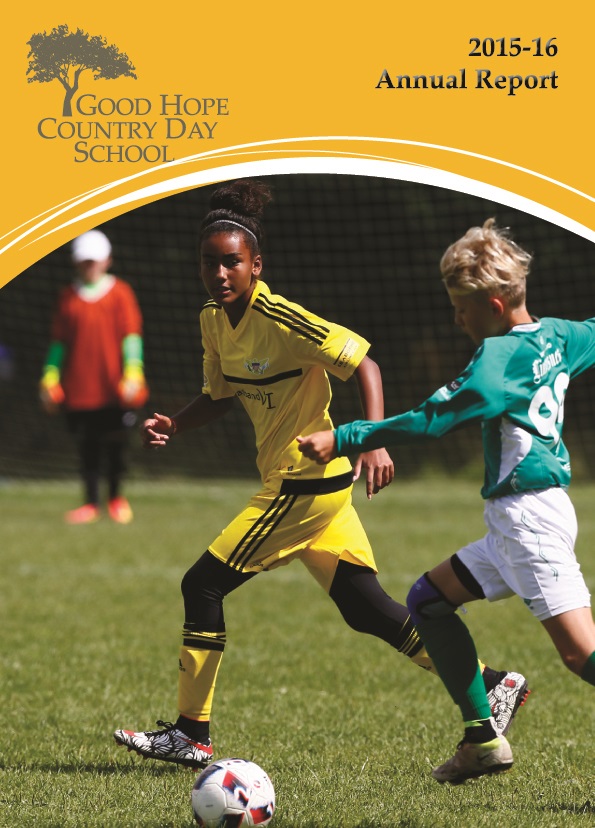 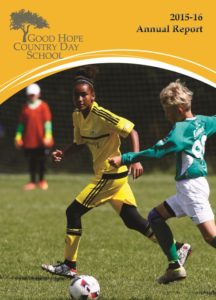 I am pleased to share with you the GHCDS 2015-16 annual report (click here), which recognizes last year’s contributions to our development efforts, including capital gifts, annual fund gifts, and donations to our February Black & Gold Gala. We are delighted to have a growing number of graduates, trustees, faculty, parents, and friends helping us in these ways to provide a world-class education for students here on St. Croix. A special thank you goes to our advancement office team of Linda Stamper-Keularts and Kiomie Pedrini for producing this publication, which showcases some of the “Best Of” Good Hope Country Day School. Please feel free to contact them directly if you would like to get involved with our development efforts.

I am also pleased to share that last week, following our board of trustees meeting, we held a reception to recognize and thank trustees ending their service as well as past trustees from both Good Hope School and Country Day School dating back to 2000. One former Good Hope trustee, Tony Ayer, shared this history below, to help connect some of the dots. As we move forward as one institution, it is even more important to preserve and share wonderful reflections like this that honor both sides of “our family tree.”

We look forward to seeing many of you on island over winter break – please be sure to swing by to say hello!  Have a wonderful Crucian holiday season with family and friends. In the meantime, enjoy the profiles and news below.

On December 5th, following the board of trustees meeting, there was a lovely gathering of past and present trustees who have helped to shape the foundation that GHCDS is now built upon.   Trustees shared stories and celebrated the histories of both schools.  This is a new tradition that we hope to carry on for years to come. If you are a former GHS or CDS trustee or keep in touch with one please contact us so we can be sure to reconnect! 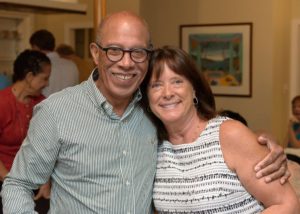 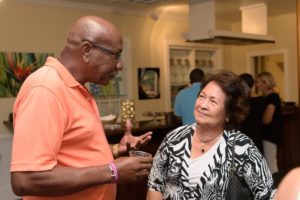 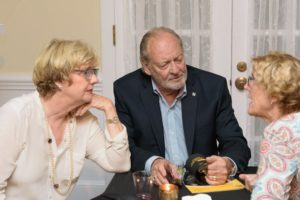 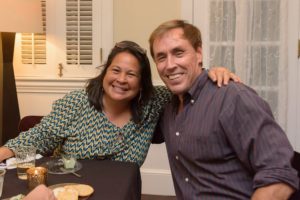 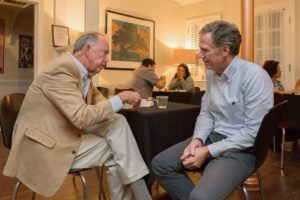 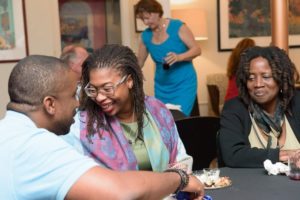 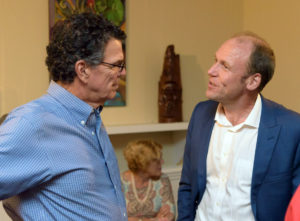 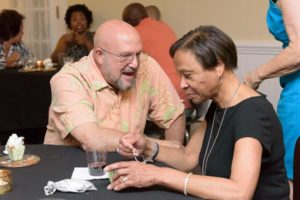 In the late 1940’s or early 50’s Mr. Ford Bond, a very successful radio personality stateside, moved to St. Croix with his wife Lois and purchased property on the water in Estate Whim, Frederiksted. This was about the same time that my mother and stepfather, Dick Richards, built the Estate Carlton Hotel and 9 hole Golf Course. Since Mr. Bond’s property was situated near the new golf course, he decided to build a small hotel at Good Hope (Estate Whim). His hotel was very successful for a while, but he discovered owning and operating a hotel was not quite as easy and certainly not as profitable as he had first thought. He decided to sell his hotel property.

At this time the Rockefeller brothers were also investing in the Virgin Islands with Caneel Bay on St. John and later, Little Dix on Virgin Gorda, BVI. Neither of these two resorts had a golf course; but the brothers heard that a course had been built on St. Croix so they came to Estate Carlton for a look-see. They liked St. Croix and were amazed by the vast fields of sugar cane, the whole sugar industry and the Cruzan Rum and Brugal Rum Distilleries. They heard that Good Hope Hotel might be available for sale, complete with its own pristine beach. They decided to acquire it and add it to their then growing “RockResorts” chain.

In the early 1960’s Governor Paiewonsky decided to take St. Croix out of the sugar era and persuaded the Harvey Brothers to open a bauxite reduction plant on the South Shore of St. Croix. With the advantage of the “Jones Act” and VI Government tax benefit packages, the Harvey Brothers dredged a harbor at Krause Lagoon and dumped the dredge spoil out on the reef, creating Harvey Island. This resulted in the clear blue sea of the South Shore becoming murky and had a devastating effect on the tourist visits at Good Hope Hotel. With the beach destroyed and declining reservations, the Rockefeller brothers decided to close the hotel.

Enter Mr. Ward Canaday, Chairman of Willis Overland Jeep. In the early 1940’s Mr. Canaday discovered St. Croix and began acquiring large sugar estates as an investment and a Caribbean retreat for his family. He was also intrigued by the prospect of raising beef cattle. Persuading Fritz Lawaetz to oversee his 3-4000 acre ranch, Canaday and Lawaetz began experimenting breeding cows that would withstand the heat of the tropics.

Some 20 years later, as he grew older, Mr. Canaday decided to divest himself of some of the most beautiful real estate on St. Croix. Having heard that the Rockefellers were getting involved in resort creation in the Virgin Islands, Canaday suggested that they buy his ranch. With their approval, Canaday gifted his property to his alma mater university and arranged for the Rockefeller brothers to make a large donation to the university and acquire the property. Thus, Fountain Valley was conceived. With Davis Bay and enough land for a golf course a new resort was on the drawing boards.

Subsequently, the two Rockefeller brothers got into an argument as to whether to build their hotel at Fountain Valley or at Davis Bay Beach. As a result no hotel was ever built.

Enter Mr. Leon Hess. He also was a dreamer but with oil wealth behind him, he recognized that tax benefits offered by the Virgin Islands government, plus the benefits of the “Jones Act”, would make the establishment of a brand new oil refinery on St. Croix an attractive proposition. Mr. Hess was not used to being told “no”. He negotiated the purchase of the refinery property from Mrs. DeChabert, who at one time walked out of their meeting advising Mr. Hess that, “No, the land don’t rot.” Eventually he met her price with the suggestion that she use the money to build a shopping center and entertainment area near the future refinery for the benefit of his workers who were used to stateside shopping malls. Thus Sunny Isle.

Mr. Hess knew that in addition to offering well-paying oil jobs and housing, that in order to keep his employees, it was necessary to offer them good quality education; thus the Hess Vocational School was started to train local islanders for some of these well-paying jobs. There was also the need for a solid private school for the employees’ families, one that was not religiously oriented.

Enter Mr. Marshall Lovett. In the early 1960’s Mr. Lovett, a well-trained and visionary school administrator, founded the St. Croix Country Day School. This was the first non-religious school on St. Croix and was located, I believe, in facilities provided by the Moravian Church, for a nominal fee. The school was such a success that plans for expansion soon became urgent. A meeting between Marshall Lovett and Leon Hess ensued, resulting in Mr. Hess contacting the Rockefeller brothers to see if they would consider donating the Good Hope Hotel for a non-profit school. Mr. Hess in turn would provide over $250,000 in funding to convert the hotel into classrooms.

Within a year, the hotel became the Good Hope Country Day School. Along with a Board of Directors to assist him, Mr. Lovett as headmaster guided the new school during this period of rapid growth. Eventually friction developed between the non-profit Board of Trustees and Mr. Lovett who viewed the school as “His School”.  Messrs Rockefeller and Mr. Hess required a non-profit educational facility with a headmaster under the direction of a board of trustees.  Mr. Lovett on the other hand, envisioned a school that was his with only guidance and fundraising from the board. It was approximately 1964/5 when the Board of Trustees advised Mr. Lovett that it would be best for all parties to make a break and urged him to move his Country Day School to a new location.

The Board of Trustees was also conflicted by this re-organization and some resigned to join Mr. Lovett at his new school. School names were changed and Mr. Hess now had two schools, Good Hope School and Country Day School for his refinery families. The two schools, of course, became eager competitors on the athletic field and in academic forums.

I liked to believe that the tension of the separation of the two schools would eventually dissolve and the education of our island children would be the beneficiaries of the charitable efforts of the Rockefeller brothers and Mr. Leon Hess. 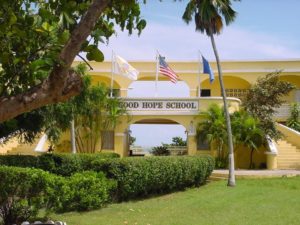 Tony Ayer, emeritus, Good Hope School Board of Trustees, Board Secretary, Board Chair 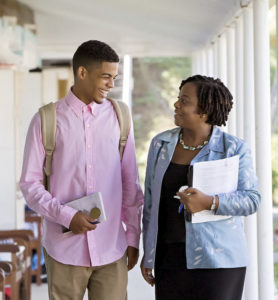 Asa Deion O’Neal , a young man of grace and honor entered this world on October 5th, 1998 and passed from this life too soon on November  11th, 2016 leaving behind his loving and devoted family and countless friends.  Those who knew Asa knew him to be a constant source of support and optimism.  We all find ourselves bereft and saddened at the loss of our dear Asa.  It is no wonder that we are all left wondering what we will do without him.

When Asa came to Country Day School in the 7th grade, people instantly gravitated to him and that would be the trend going forward.  Asa was a scholar and an athlete, always giving his best effort and doing it with a smile.  He would one day grace the cover of the first Good Hope Country Day School Annual Report and that same year graduate with honors.  His path would lead him to Howard University alongside his teammate, fellow GHCDS alum, and dear friend Jordan Lake.  What Asa brought with him to Drew Hall was the same generous spirit and joy for life that would have immeasurable impact on so many people in such a short time.  On November 13th many of his friends and classmates held a vigil in his honor at Drew Hall.  In addition, there was a service on November 18th at the Howard University Campus Chapel to honor his life.  It is clear that Asa continues to make a difference as his memory has inspired the Drew Hall Council to start a scholarship fund in his memory, The Asa O’Neal Scholarship.  In usual Asa fashion he spread light and love from his home in St. Croix all the way to Washington DC.  On December 2nd, many of his beloved family and friends gathered to celebrate a well lived life and a remarkable son, brother and friend.   His GHCDS Panthers community will honor him with the dedication of the new gymnasium floor and a plaque that embodies Asa’s spirit, it will read “When you step on this court, remember to bring your best effort, and leave the game on the court.  Friendship through competition.” 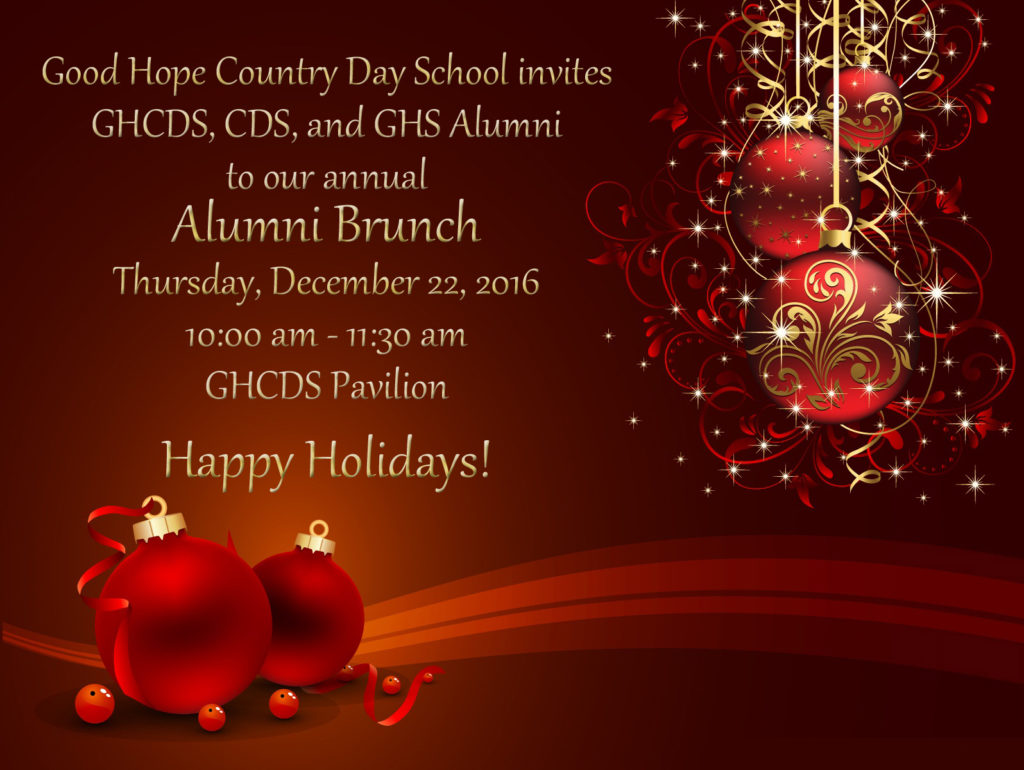