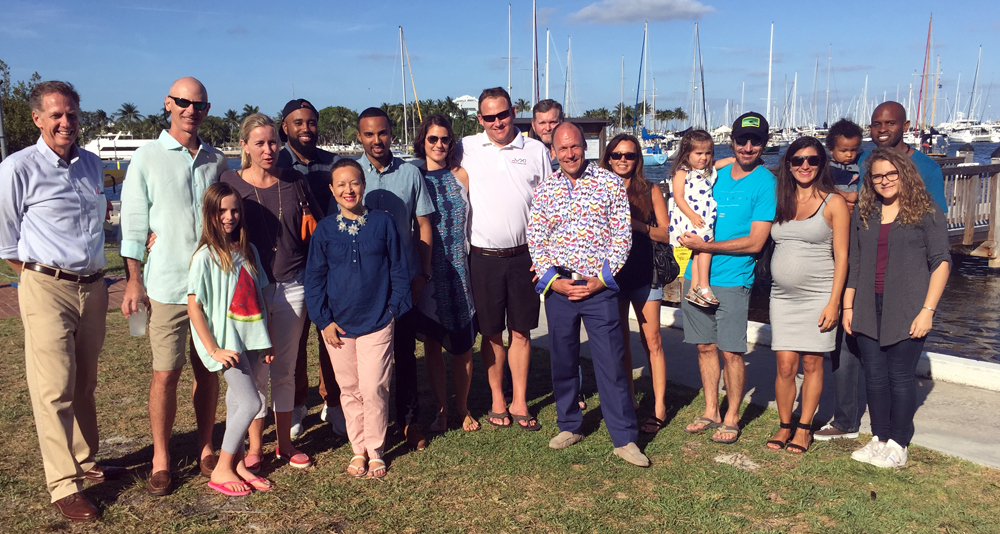 We’ve been delighted to see so many of you on campus this week!

Young alums returning from college for the summer have swung by to re-connect with friends and favorite teachers. Another strong contingent turned out Thursday for the annual alumni soccer match against our current players (and won!). Lastly, and perhaps most importantly, a strong showing of spirited graduates cheered everyone today at Orange, White, and Blue Day and gave their best at the alumni tug of war!

Last week our board chair, John Harper, and I had the pleasure of connecting with numerous graduates in South Florida as part of our Miami reception, generously hosted by Tim Pitts, GHS ’00. That marks the fifth off-island alumni reception we’ve held in the last two years, and the third one this year. It has been fantastic to connect with alumni on both sides of our family tree (GHS and CDS) who go back several decades! Next Friday we hope to see some of you at the graduation of what will be our youngest alumni, the Class of 2017.

In the months ahead, we will continue trying to find meaningful ways to connect you with each other and our current students. We hope you enjoy reading the Alumni News below, including our two graduates in the news, and we also hope you will consider acting on one meaningful way to connect with the school – by making a gift to our annual fund (click here). With your support, we can indeed provide a world-class education for students here on St. Croix so that they can successfully follow in your footsteps.  Check out last week’s Alumni Appeal for snapshots of some of our Alumni and how GHCDS has made a difference in their lives.

The annual Alumni-Varsity Soccer Game a gathering of community and family! 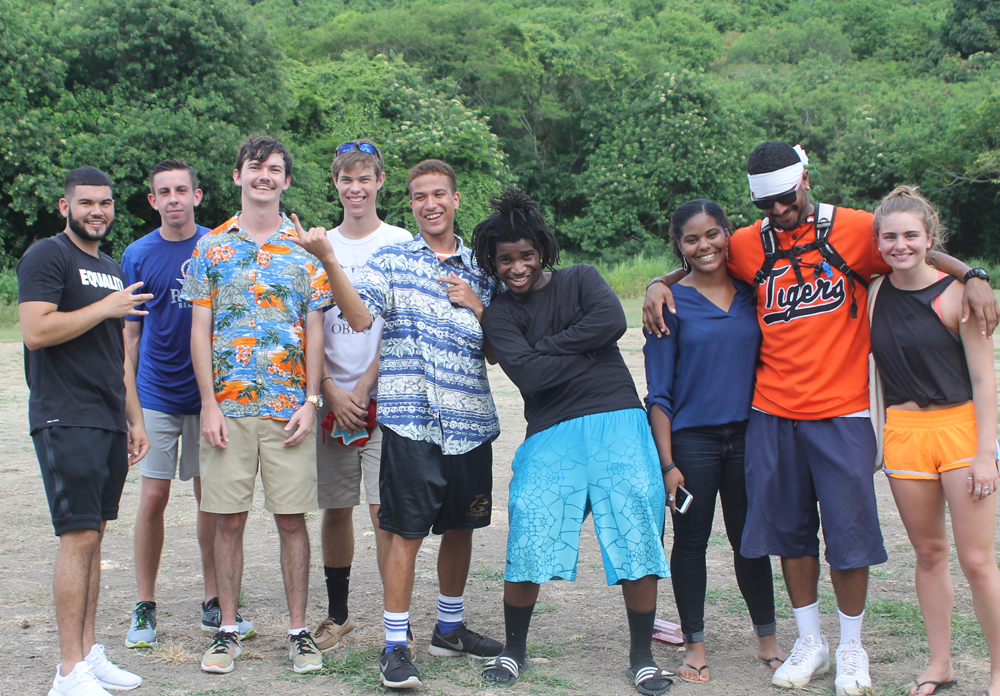 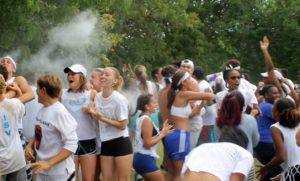 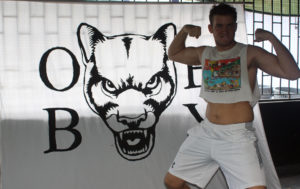 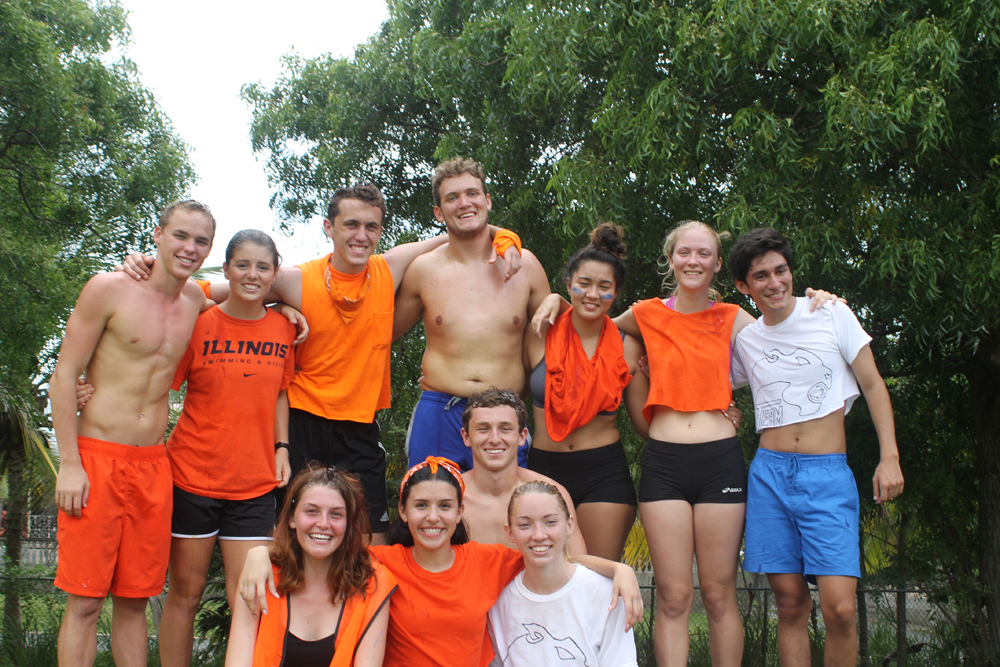 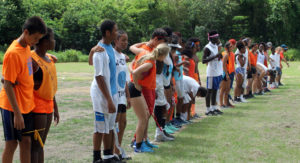 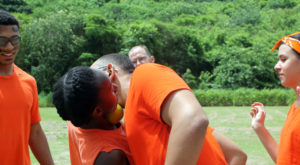 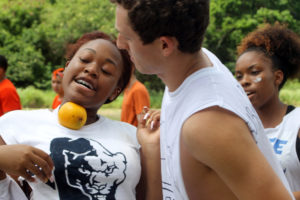 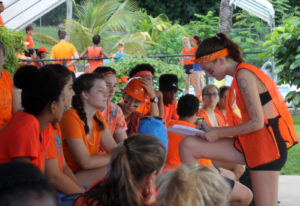 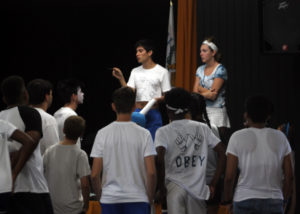 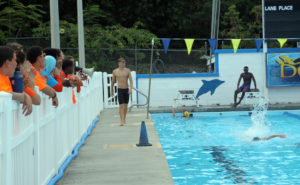 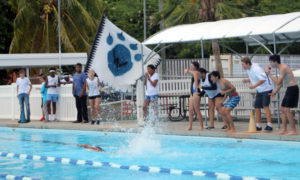 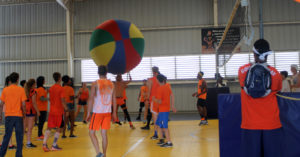 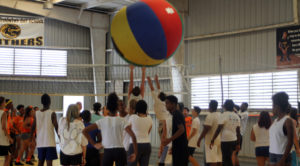 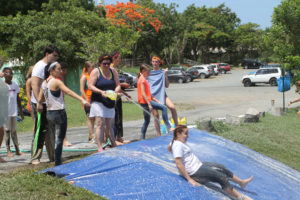 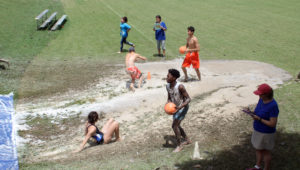 Alumni In The News 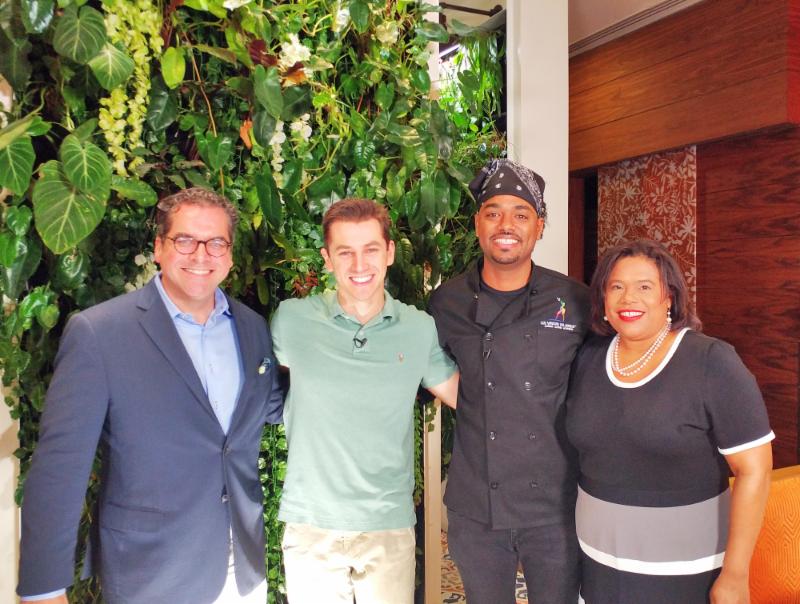 The Department announced that the executive chef of Motta Cuisine will represent the Territory at various in-market activations and events during the year to promote the USVI’s exceptional culinary offerings.

This week, Chef Motta appeared on camera preparing a dish for “SoFloTaste” on WPLG-TV (ABC in Miami), in advance of the Caribbean Hotel and Tourism Association’s Caribbean305 culinary celebration, which will take place on Miami’s Jungle Island on June 3.

During the segment, Chef Motta, who appeared with Commissioner of Tourism Beverly Nicholson-Doty, offered host Hunter Franqui a taste of a modern twist on boiled fish. He prepared the dish with poached mahi mahi in a butter sauce with a cilantro-lime yucca purée, passion fruit glaze, sautéed broccoli and microgreens.

Commissioner Nicholson-Doty said the Department was pleased the young Virgin Islander agreed to be an official envoy for USVI cuisine. “We’re honored to have Chef Motta as a Culinary Ambassador. His incredible dishes speak for themselves, and he embodies what makes St. Croix’s culinary scene so special – fresh farm-to-table and sea-to-plate cuisine, on par with and excelling beyond well-established culinary hot spots around the world.”

The self-trained chef , who earned a BFA in Painting from New York’s Pratt Institute, brings an artistic flair to his cooking, often experimenting with a palette of new culinary techniques, serving up a fusion of American, Caribbean and French cuisines. He founded Motta Cuisine, a boutique catering company , in 2014.

Recognized by Black Enterprise magazine “for disrupting the status quo and creating his own opportunities in the culinary world,” Chef Motta was also named a BE Modern Man of 2015. 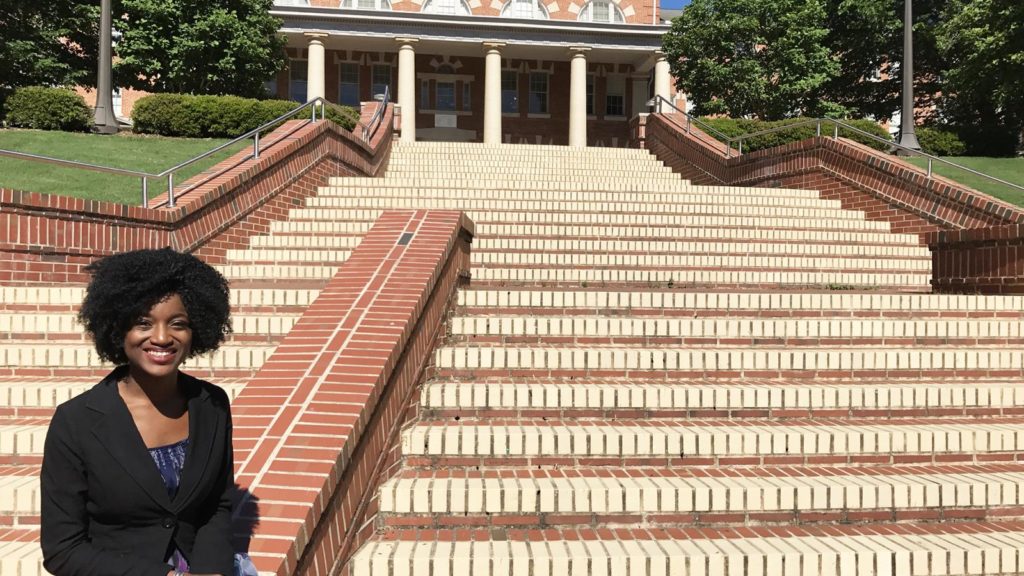 After 5 years of experiencing actual seasons, participating in open-mic and poetry nights, and enjoying the many outdoor activities Raleigh has to offer, Yasmine Connor will be checking one of her greatest accomplishments off her list: graduating from NC State. And quite frankly, going out with a bang, as she prepares to be the student speaker representing all her peers at the university graduation ceremony May 13th at the PNC Arena.

Sitting at her favorite spot on campus, The Court of North Carolina, Yasmine lights up as she speaks about her hometown St. Croix in the Virgin Islands- “84 square miles of US territory with vibrant culture, breathtaking scenery, typical island life, hiking and kayaking.” Though she calls home her favorite place on Earth, she’s adamant about not returning until she’s explored other parts of the world, eager to constantly test her comfort zone.

As she prepares for her next adventure in Michigan to work for General Motors, she is grateful for the place she’s called home for the past 5 years, NC State. “Raleigh is the transition between St. Croix and the cold of Michigan”. Not only will the experience of seasons and cold winters at State help with her new move, but she also stresses how her stay here was the first of many where she’s been forced to step out of her comfort zone (more than geographically). For many of us, going off to college challenges what we know, what we don’t know, and how to respond and interact with diverse situations and individuals.

MEP (Minority Engineering Programs) was a huge help in Yasmine’s first years away from the islands, and adapting to the undeniable southern culture at NCSU. In fact, one of the reasons she chose our university was a recommendation from an alumnus who emphasized MEP, and told Yasmine that she must join the WolfPack and work with Miss Angie Daniel, Director of MEP. Once Yasmine experienced the programs here at the university that would provide support in her education, she immediately made the commitment to be part of The Pack.

“I chose State because of its supportive environment. The campus seemed diverse and inclusive, and this helped make my decision to attend easier,” Yasmine confirms. She goes on explaining that she believes NCSU is a diverse campus and minorities who transition into the workforce will excel. However, she also believes there are diversity issues that remain and need to stay in the light and be continually addressed. She’s hopeful that with time, exposure, and the space to speak about issues openly, positive change will continue.

In the meantime, Yasmine admits the thought of speaking at the university graduation ceremony is still very surreal. Unable to pinpoint her most memorable moment, she’s absolutely positive she’s going to miss being a part of NSBE (National Society of Black Engineers), the Engineering Village where she was a resident assistant for two years, and her support system consisting of Miss Angie, Miss Kesha, and Miss Kim of MEP, and Dr. Laura “B” Bottomley of WIE (Women In Engineering).