Support GHCDS every time you shop.

Your Investment in our students is a critical investment in the future of Good Hope Country Day School!

This week, lessons on Black History month, led Kindergarten to learn about an artist by the name of Alma Woodsey Thomas. The class was fascinated by her artwork and immediately asked if they could do something like her work. So, inspired by Alma Thomas’ abstract art, we used construction paper and tore or cut it into pieces. The end result was a beautiful variety of colorful pictures!

Our Island Is Our Classroom – Marine Biology

Marine Biology students participate in the Second Trimester field investigation “BEACH PROFILING”.  Students spent half a day at Salt River Columbus Beach and employed the Rutgers University BEACH PROFILING MODEL to sketch the topography and measure a cross section of the beach.  Students will use this data to graph their results.  After completing the lab, students visited Mangrove Beach and identified several species of mangroves and seagrass.  Students then hiked to the National Park Contact Station and enjoyed the vista.  Finally, students participating in the first Trimester class shared their experience collecting Rocky Intertidal data as we investigated the eastern end of the beach. What a great opportunity!

Congratulations to our Panther sailors, Brielle Schindler, Mathieu Dale, Miles Timmons, Alexandra Tonin and Milo Miller on their excellent performances in two competitions in Florida last week! Many thanks to Megan Littlefield, Tim Franklin and Sylvia Benz-Schindler for chaperoning our athletes!

Imagine that you are stripped of your mother, father, and your family,

All that you have known is forever gone, Here a tragedy,

Never again- a relaxing moment or a simple yawn.

It was a clear, joyful day, Until the clock struck noon,

Your sibling was taken away, A baby took too soon.

Imagine being pulled away from your loved ones,

And now you are filled with enormous regret.

What if we didn’t whistle, Or maybe we shouldn’t have migrated,

There was no sense of dismissal, So we should have waited.

This could have been avoided, I’ll never see my family again,

There should have been avoidance. Instead, we were each sent.

Sent to a small confined place for the rest of our lives,

I am harassed and abused every day,   Will I survive?  No, instead I am used as a sleigh!

I try to scream and yelp,  But everyone just looks at me and cheers,

Do they not recognize my screech for help?   Every day and night I am filled with fears.

Will I ever escape?   Will this nightmare end?

My fin has lost its shape, And I continue to pretend.

It’s been too long,   I can’t survive this anymore,

The disguise is now gone,    I shall fight against this war.

I attack, I rebel, But then things start to go black, As I return to my cell.

They are in control of me,  This won’t end,

I will never be free, My life is forever false, pretend.

The punishment so cruel,   No food for weeks, I broke the rules,

My life returns to the learned techniques.

I have accepted my fate,    Slowly dying in this enclosed space,

But I shall still wait,     Wait for my chance of escape.

You see the thing is,    I’ve been here long enough to know,

There is one way to get out of this biz,   I’ll just give my friend a simple, final farewell.

I take my last suffered breath,   Dive the deepest I can go- with my friend of course,

Accepting my death,  Staying there to the end.

But only one of us reaches for air, Then I find myself harnessed once again,

Finally moving out of this daycare,   Now my life and suffering end.

I am returned to somewhere new,   Somewhere safe that you can look up to.

Over the last couple of decades, pollution has become an exponentially increasing problem. The population of fish is decreasing as more and more waste is being thrown into our oceans. The fish consume things like plastic, and they die because of it. A lot of people know about the problems of pollution, but not many people are very motivated to act on it. People just assume that it’s only a problem for the fish, so they don’t have to worry about it. Though we should be worried about fish’s lives, people are more worried about their own lives, and my digital drawing is representing a way to get more people to worry about and act on these problems. The drawing is of a fish on a dinner plate with a glass bottle inside the fish. It is obviously not very realistic, but the idea is that all this pollution is finally catching up to us. It’s starting to affect what we eat now. The fish eat plastics and other trash in the ocean, and we catch the fish and eat them, so we are essentially eating plastic if we are unlucky. This will become more and more common as more waste is dumped into the ocean.

The purpose of this activist message is to come up with ideas to raise awareness about pollution in our oceans, and by raising awareness, I don’t just mean getting people to know about it, I mean getting people to act on it. There are already many people out there taking action and helping with these problems, but they are not enough. The human race needs to use our immense numbers to help save this planet, and it all starts by raising awareness, and taking action.

Painting by, Brielle Schindler”BEFORE IT IS TOO LATE”

A TURTLE’S LIFE, by Koa Alexander

After digging herself out of a foot of sand and dodging the diving gulls, this one turtle will migrate further than any before her. She was a leatherback hatched in Indonesia who, over the years, grew a craving for a specific type of jellyfish. As for me, if I’m craving a Big Mac, I’ll take a 10-minute drive down the street, but this leatherback had bigger plans than that. A 12,477-mile trip took almost two years just to satisfy her appetite. The turtle went from Papúa, Indonesia, to

Oregon, not by train or plane but only with flippers. No map or compass either, solely turtle intuition and the earth’s magnetic fields to guide her. With such a long and complicated journey, even leatherbacks can’t go that long without food. Leatherback turtles eat a massive amount, almost 73 percent of their body weight, and when they weigh over 1000 pounds, this number can get pretty high. Scientists found that this particular leatherback could have eaten up to 800 pounds of jellyfish a day to get to the west coast. Imagine swimming for two years out of your life just to get a good meal and then swimming back; it’s crazy, isn’t it? People are always talking about organisms going extinct and the tragedy of the commons, and it is the stuff that needs to be heard and taken seriously, but why not something good to listen to every once in a while. So I wrote this not for people to overanalyze but simply to accept it as an entertaining story and understand the complexity of a turtle’s life.

The Ocean Is a Desperate Place, by Sean Hiddleston

When I gaze upon the horizon on a Blue cloudless day, I am taken to a place well past the swimming fish and vast crevices far beyond my reach. When I dive into the deep blue waters I feel as if I have become one with the ocean and all its great mysteries, and I love it.

When I stand at the edge of the water, I let the Salty Sea Air encrust my body into a bombardment of tiny knots in which I feel the true spirit of the ocean, and I love it.

When I subject myself to the soothing rhythm of the waves crashing against the shore, I feel content with the way the world is and a strong sense of happiness embeds itself into my mind, and I love it.

I hear the calling of the ocean, singing It’s wondrous songs of whirling winds and graceful waves withwhite foam and a pleading cry for us to stop.

When I stare at the ocean, I see many spirits dwindling away within it. Sick from all the plastic and oil spills, barely clutching onto a life that we have vigorously stripped away from them with no intent or remorseful solutions to give back a second chance.

When I dive into the waters with my arms over my head, I pass by a piece of string, translucent plastic almost invisible until properly gazed upon in the glass like water, and I hate it.

The ocean is not a trash can or recycle bin. It is home to over ¾ of our planet’s Lifeforce. Thousands of lives are taken everyday because of the amount of trash floating throughout the ocean. Trash that has been put there by us. And we are the only ones that can do something about it.

When the Coral Reefs Are No More, by Syrena Carter

Filling in your space

Reefs are out but still making a mark

Pulling and tugging on society demands

To obliterate the last dying kind

Instead, being killed by the ones that fish till dawn

Poisoned by the chemicals that roam the earth

Half are gone in these very seas

Bleached upon shore and exhibited throughout homes

Habitats to the ones that call it theirs

There’s always a place that’s worth the wait

Coral reefs are the parallel bars

Of variety and diversity

Each a community of its own

But where would these residents go

When the coral reefs are no more?

Pinniped is another word for seal

saving our ocean is a very big deal

Saving the turtles is the key

Smolts are usually two to three

cleaning the beaches brings me glee

olfaction detects the chemicals in the water

orcas favorite food is the otter

Neuromasts is the sensory hair cells

Whale sharks, Sea turtles, Sea otter, Blue whale, River Dolphins and Florida manatee are all endangered we have to get together and save nature

A  Question Unsolved,   By: Jasmin Nieves

I see the puff of black smoke filling up the sky

I turn to the right and see the same, I let out a sigh

All this poison that we breathe kills living animals and impacts our health, it just isn’t fair

I’ve always wondered about the solutions to stop this nightmare

But it will mostly end up with failure

The sun hides in the blackness of disgust

Do we have hope?

Do we have solutions?

What can we do to help?  That my friend…..is a question unsolved

The boat has spotted a large school of fish, it now closes on the school

Unbeknownst to them, the boat has declared war

Sounds unable to be heard emanate from the ship, giving away their position

It is dragged along the seafloor, taking everything along with the school of fish the boat came for

None will survive, they have all been caught

They are of no value, they are discarded back into the ocean

Some drown, some are uprooted, some are destroyed

With its catch the boat returns to shore, but its appetite is insatiable

Soon it will return, again and again, until it stops returning, for when that happens all the fish

The unsustainability of this ongoing war will soon lead to the death of the fishing boat, but they

One day we will look at the graves that used to be coral reefs and wonder why, lest we do

But for now, the boat will go on, and it will wage war 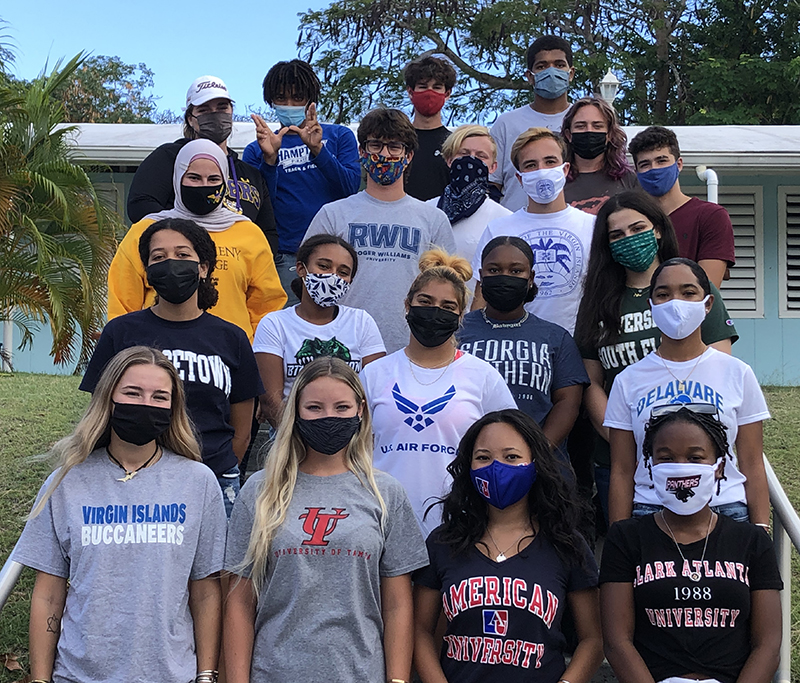